Lord, hear me when my cry is brought before you,
and when I call you, listen graciously.
“Come, seek God’s face,” my heart within me murmurs.
Your face I seek, God; do not hide from me.
Turn not in wrath away from me, I pray;
You, my sure help, do not cast me aside.
If father, mother should forsake me now,
my faithful Lord will keep me at his side.
Psalm 27:4 (Genevan psalter)

Dear Friends and Family of Anne-Marie

At the end of January, we had to inform you of the illness of Anne-Marie Kool. She was then rushed into one of the hospitals in Budapest. After a number of weeks, she was discharged in order to continue to recuperate at home. Her recovery is going slowly and humanly speaking, it will still take a number of months. For Anne-Marie, this is not a simple task. She says about it herself:

I won't quickly forget that Tuesday morning, at the end of January, at my family doctor's. For a few months already, I had been constantly knocking on her door. I had just told her about the latest development, that my back caused me problems, with pain in my left leg. I showed her the X-rays that had been taken the previous day. 'That's not to be sneezed at', she said tellingly. On leaving, I felt myself feeling sick with pain. 'I don't know whether I can still work with pain like this', I managed to gasp, to which she responded, 'You should take a week's sick leave...' A few days later, I was back at the specialist-rheumatologist's. 'What has happened to you since last week? Your condition has become much worse. Not only is your hip worn out and you may have a rheumatic disorder; I also strongly suspect that you've got a herniated disc.' A day later, I was lying in hospital on a drip.

Actually I had a feeling of relief, because for a year and a half, I had had all sorts of undefined physical complaints.

Frequently asked questions
1. What was it like to be admitted to hospital so suddenly?
I was happy that my friends Kati and Gabor had given me all the right instructions: make sure you take a plate and cutlery with you, and a mug, a glass and some tea towels. And don’t forget the toilet paper... I will never forget with what care and love Rózsa, a Romany woman, received me in the hospital ward. She immediately shared with me her 'stock' of fruit juice and fruit. She was literally the one who immediately gave me a glass of water. Meanwhile she told me a lot about her life, her children, her concerns. We regularly read the Bible and prayed, together with our other roommate.
2. Rózsa

On Monday, Mineke Hardeman came to visit me (this Kool News is also written by her), a visit which had been planned months previously. As she had already been closely involved with the ins and outs of the Missions Institute for three years, she was immediately able more or less to take over the helm. What a sign of God's provision. She helped to create order in the 1001 questions which were shooting through my head: what to do about teaching the courses? About responding to my e-mail? And where possible, she got on with the job.

3. Mineke at my bed: What can I do for you ...?
Not only Gábor and Kati, Rózsa and Mineke were ministering angels. Many friends from all over the world, family members, and Church members from the Gazdagrét Church, from Houten and from Oud-Alblas demonstrated their concern, and where necessary also helped very practically. For someone who is used to fending for herself, it was not easy to learn to ask for and receive help.

2. How do you spend your days?
Fortunately I am very fond of reading. Apart from the 'hospital rhythm' or 'home rhythm' of treatments, exercises, visits to doctors, physiotherapy etc, it is a boon suddenly to have more time to reflect and to pray. It is also a blessing in the darkness of a (sleepless) night to be able to sing psalms. First the Psalms 62 and 63 were very close to me; then Ps. 42, 130 and, of course, Ps. 27 regularly come to mind. In the past weeks, I have been able to sit up for longer (I was even back in church again for the first time at Easter!), and now short walks outside are allowed as well.
I am very much enjoying the flowers around me, especially the beautiful orchids.
4. Flowers to cheer the heart

3. How do you keep going for so long?
Having never really been ill, it was quite a shock when the doctor said a few weeks ago, 'We are just at the beginning of your treatment...' At this time, it means a great deal to me to experience your concern and prayers. Someone remarked, 'Prayers are being said for you twenty-four hours a day and seven days a week, referring to responses from Botswana and South Africa to the Philippines and America. The many post cards are the silent witnesses to this. And the many surprise telephone calls too! Perhaps it helps me most that from the first day it was clear that the Lord had placed me on the sidelines to reflect on the many questions which for years I had rushed passed. And then there are of course the many visits: a former student who comes to share how things are going in his Church, students who report that the courses of Rev. Szeréna Edit Vass are going so well. Messages from colleagues of that make me very thankful that the work of the Missions Institute is still going on.
'Lord, am I after all not so important that everything depends on me?'
'No, it turns out that I can manage, even without you!'
'What a relief.'
'But I am now preparing you for a new phase in your work!'
Experiencing in practice that mission is God's work is something quite different than presenting that to the students. Every Thursday evening brings a beam of light, because the Bible study group to which I belong meets at my place. First, I was 'reclining at the table'; now fortunately I can join in sitting up. In many respects, this illness is a time of testing, and also of refining, with all the ups and downs that go with it. A student recently prayed,
'Lord, will you make Anne-Marie better, but if you want to teach her even more lessons, which she will later be able to pass on to us, will you then wait for a bit longer.'
This really touched me.

4. Why is your illness taking so long?
It is becoming increasingly clear that there are complex problems with my back, much more than only a slipped disc. Also that I badly needed 'overdue maintenance', a 'major overhaul', if you like. Fortunately, it is the case that there is slow progress, but sometimes also a step backwards. With a lot of physiotherapy and exercises, and constantly with new medication, they are trying to solve the problems of pain.

5. How can we pray for you?
Very strongly I am experiencing that the Lord is now giving me a different type of missionary field, simply by being instead of by doing. Sometimes I have the feeling that I am on work experience, in order to learn at firsthand what is happening in Hungarian society. Please pray that in all weakness, I may remain a faithful witness of Him. Pray for those who have crossed my path during my illness: Rózsa, Irene, Marika, Kati, Edit, Lilli, Maria, Erzsebet and Agota.
Pray also for inner peace, for light and prospects in times of storm and darkness. Especially for a clear view of Christ and His cross. Also for surrender, patience and trust in the Lord in times when I wonder if it will ever turn out all right.
Finally, please pray for further healing, to be strengthened in body, mind and spirit for the task that is waiting.'

God's work goes on ...
Following the developments in the missions institute from a great distance - more is not possible at the moment. The second term of the college year began at about the time that the admission to hospital took place. This meant that the first concern was to hand over the various lectures at short notice. Thanks to the efforts of a number of people, this was managed. One of these people is Edit Serena Vass MA, a research assistant of Anne-Marie, who is working on her doctoral research at the Karoli University. In the past, she also did parts of her study with Anne-Marie and by now has broad experience with missionary work in the rural areas. She is giving a number of mandatory lectures, alongside her work as a Church pastor.
5. Edit Szerena Vass ThM

Dr Dorottya Nagy from Utrecht, who graduated under Professors Jongeneel and Kool in December, has also taken on a number of lectures. We will come back to this graduation in more detail in this newsletter.
Besides this, Rev. Dr. Andras Lovas, one of the pastors of the Gazdagrét Church in Budapest, now also working on his PhD thesis, will be taking on a few lectures. Finally, Rev. Eszter Dani ThM teaches an elective course about missions and the Romany.
Besides this, the staff of the institute consists of a librarian - Gabrielle Maros - she has now been in service of just over a year, an office manager, Mónika Józsa, in service since September 2008, and a volunteer as host, Cindy Ippel.

For the staff, the absence of the director-professor means that many additional matters are left to them. With much effort, the whole is being organised, even though the core tasks of teaching and research cannot be borne by them.

Highlights
In the next Kool News, you will hear more about the three PhD defences which took place in the past four months, as well as the course by guest lecturer Prof. Daniel Jeyaraj about the Dalit in India. We will also tell you more about the seminar about money and fund-raising for Christian organisations, a very topical subject in Hungary. It is a cause for great thankfulness that these courses and this seminar were organised independently by the staff! This too is a sign that the work of God is going on!

With warmest wishes, also on behalf of Anne-Marie,

New York Times: As Economic Turmoil Mounts, So Do Attacks on Hungary's Gypsies

As Economic Turmoil Mounts, So Do Attacks on Hungary’s Gypsies

TISZALOK, Hungary — Jeno Koka was a doting grandfather and dedicated worker on his way to his night-shift job at a chemical plant last week when he was shot dead at his doorstep. To his killer, he was just a Gypsy, and that seems to have been reason enough. 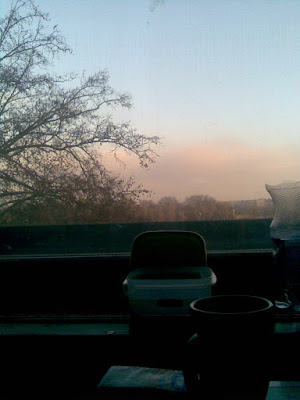 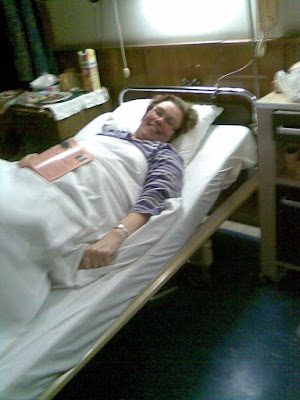 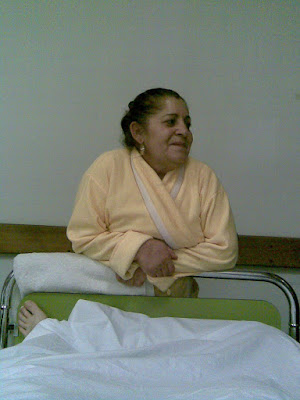 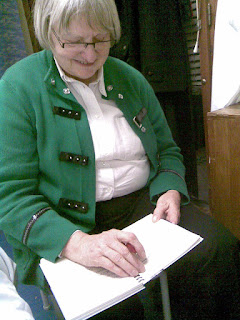 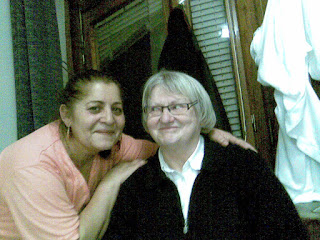 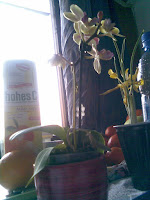